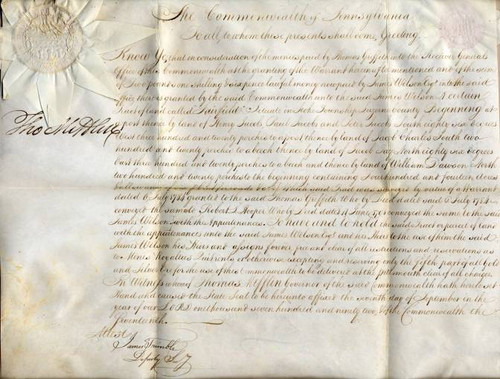 Beautiful Land Grant issued to James Wilson, Esquire issued in 1792. This historic document was hand written under the authority of the Commonwealth of Pennsylvania. This item has the original signatures of the Thomas Mifflin and the Deputy Secretary, James Trimble and is over 220 years old. 2 seals attached to documnnt. Due to the document size (15 1/2" x 13"), the scan looks like the item is trimmed, but is is not. Normal folds, with bold signature of Thomas Mifflin. Thomas Mifflin (January 10, 1744 January 20, 1800) was an American merchant and politician from Philadelphia, Pennsylvania. He was a major general in the Continental Army during the American Revolution, a member of the Pennsylvania Provincial Assembly, a Continental Congressman from Pennsylvania, President of the Continental Congress, and a delegate to the Constitutional Convention of 1787. He served as Speaker of the Pennsylvania House of Representatives, President of the Pennsylvania Supreme Executive Council and the first Governor of Pennsylvania. 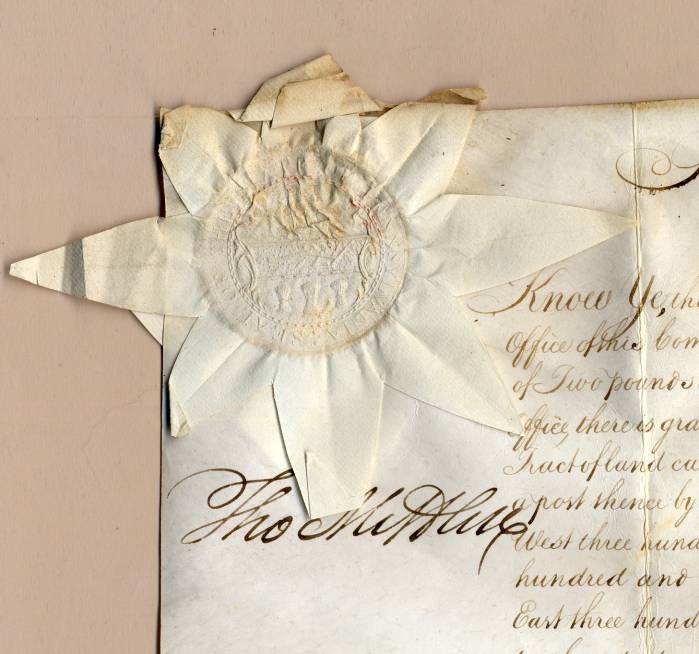