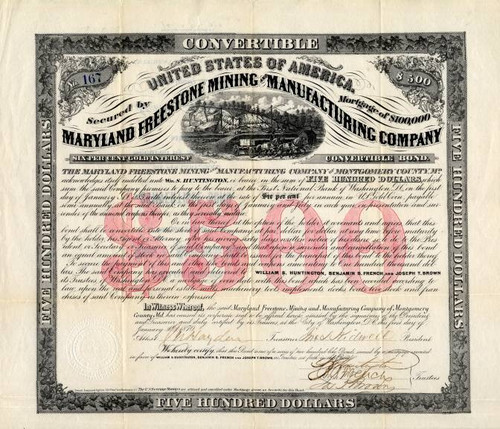 Beautiful $500 uncancelled Convertible Bond Certificate from the Maryland Freestone Mining and Manufacturing Company issued in 1870. This historic document has an ornate border around it with a scenic mining vignette with a horse drawn carriage. This item has the original signatures of the Company's President, John Kidwell and Trustees, Wm s. Huntington, Benjamin B. French and Joseph T. Brown. This bond is over 143 years old. 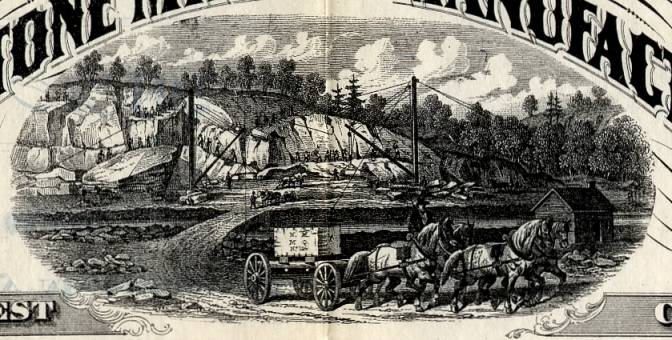