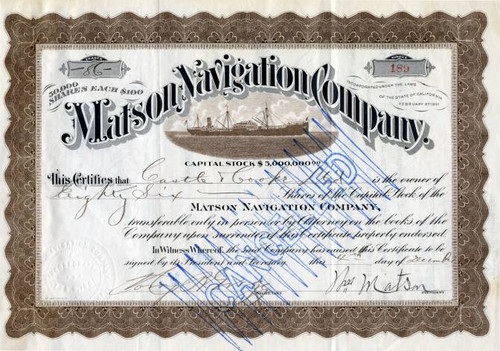 Beautiful certificate from the Matson Navigation Company printed in 1916. This historic document was printed by the Union Litho Company and has an ornate border around it with a vignette of a ship. This item has the original signatures of the Company's President, and Secretary, and is over 96 years old. The certificate was issued to Castle and Cooke, Ltd. and was endorsed on the back by Castle and Cooke's President, Edward Davies Tenney and Treasurer, Cha. G. Joe Atherton as well as William Matson . 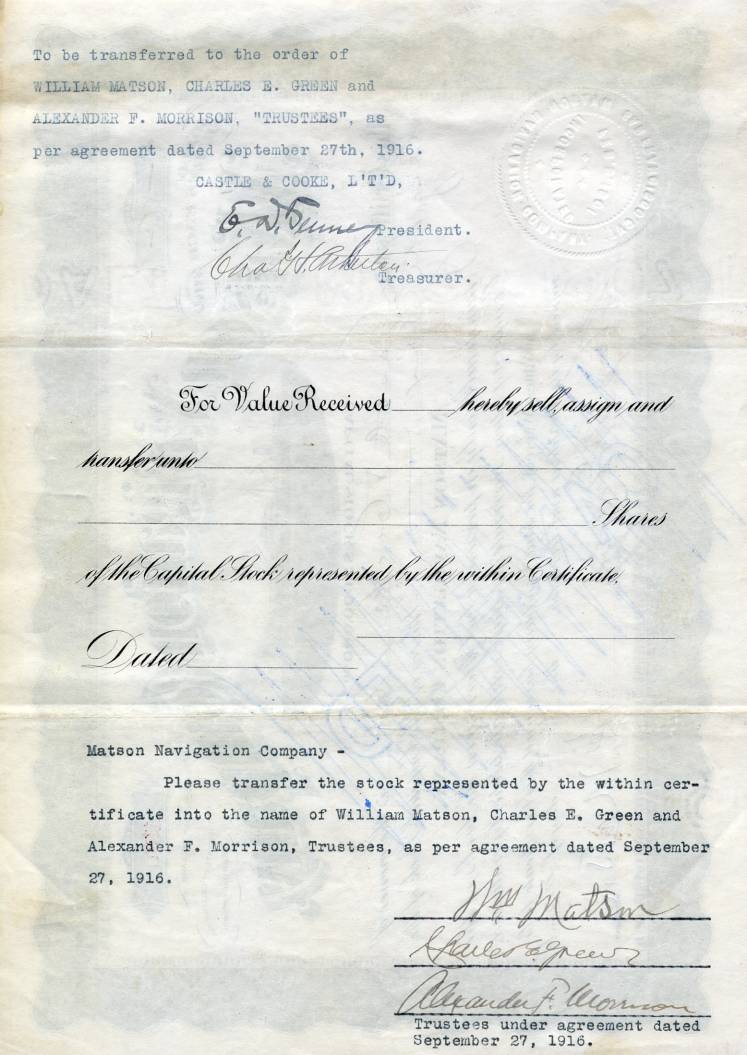