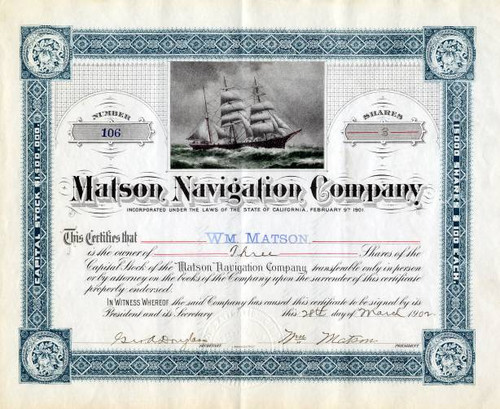 Beautiful RARE uncancelled stock certificate from the Matson Navigation Company issued no later than 1905.. This historic document has an ornate border around it with a vignette of the three masted schooner, Emma Claudina . This item is hand signed by the company's president and founder, William Matson and secretary and is over 117 years old. This certificate was issued to William Matson and is endorsed by him on the verso. 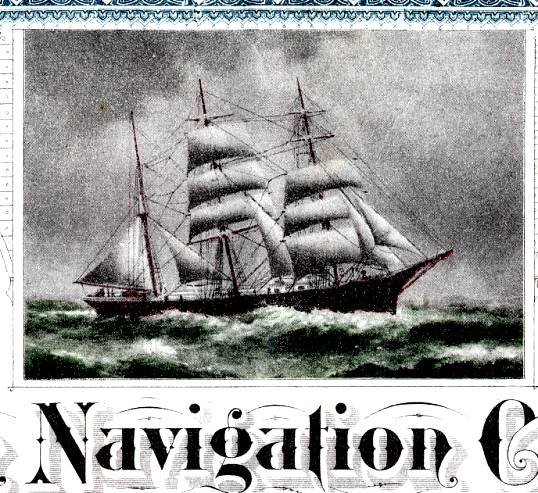