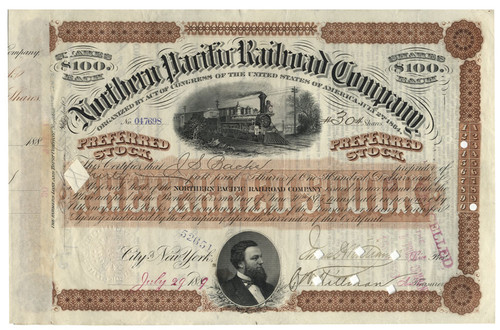 Jules Bache's Signature
Jules S. Bache, founder of Bache & Co. Bache & Company (later known as Bache Halsey Stuart Shields Incorporated) was a securities firm that provided stock brokerage and investment banking services. The firm, which was founded in 1879, was based in New York, New York. In 1981, Bache was acquired by Prudential Financial to form Prudential-Bache Securities. In 1991, the usage of the Bache name was discontinued and the firm was renamed Prudential Securities, a predecessor of the investment banking operation of Wells Fargo, via its acquisition of Wachovia Securities. Prudential Financial retained the commodities and financial derivatives businesses, keeping them separate from the joint venture. In 2003, the firm resurrected the Bache name, creating Prudential Bache. In July 2011, Bache was acquired by Jefferies Group, Inc for $430 million and was renamed Jefferies Bache. The firm traces its roots back to 1879 with the founding of Leopold Cahn & Co., a brokerage and investment bank.[1] In 1892, Jules S. Bache, an employee and nephew of Leopold Cahn, reorganized Leopold Cahn & Co. as J.S. Bache & Co. Jules Bache was the grandson of an officer who fought under Napoleon and collected art treasures for The Louvre. Over a fifty-year career, he built the company into one of the most successful and innovative brokerage houses in the United States. In 1890, the firm expanded to open a second office in New York City and a branch office in Albany, the first branch established by any brokerage firm with a direct wire link to headquarters. Among the early clients of J.S. Bache & Co. were such renowned financial leaders as John D. Rockefeller Sr., Edward H. Harriman, and Jay Gould. In the tumultuous markets brought on by the Panic of 1907, Bache handled as many as 200,000 shares a day. The firm had by now established itself as a leader in commodities trading. During the 1920s, the firm became a leader in financing railroads, automobile and mining enterprises. It headed the list of stockholders of the Chicago, Great Western Railway, and acquired control of the Ann Arbor Railroad. The firm was closely identified with the founding and early growth of the Chrysler Corporation. Bache demonstrated that it would remain a major presence on Wall Street in the Crash of 1929 by reducing the credit extended to the firm's customers and warning them of the possibility of a reversal. Fortuitously, the firm had none of its own capital invested in the stock market and had no investment trusts to protect during the markets decline. In the dark days of the Bank Holiday in 1933, when cash was virtually unavailable, Bache attracted national attention by supplying currency to customers in New York, Detroit, and other cities. World War II forced the closing of all of Bache's overseas offices except for the London office, which remained open throughout the conflict. The firm was among the first to employ women to fill jobs vacated by male employees in the military services. During the war, Bache also introduces the first employee profit-sharing plan in Wall Street history.