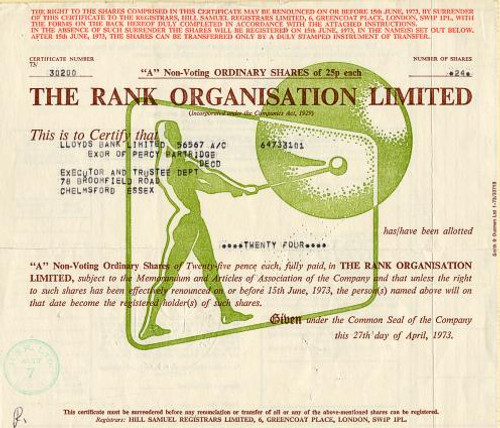 Beautiful certificate from the Rank Organisation Limited issued no later than 1973. This historic document has a vignette of a man beating a gong. This item is over 34 years old. 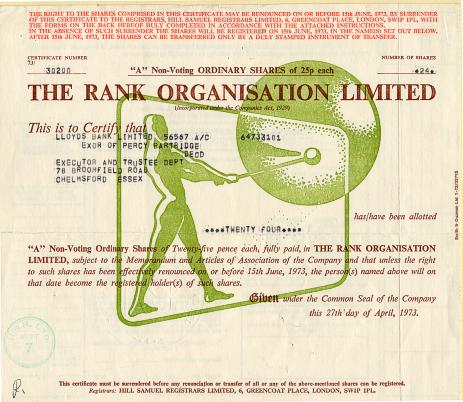