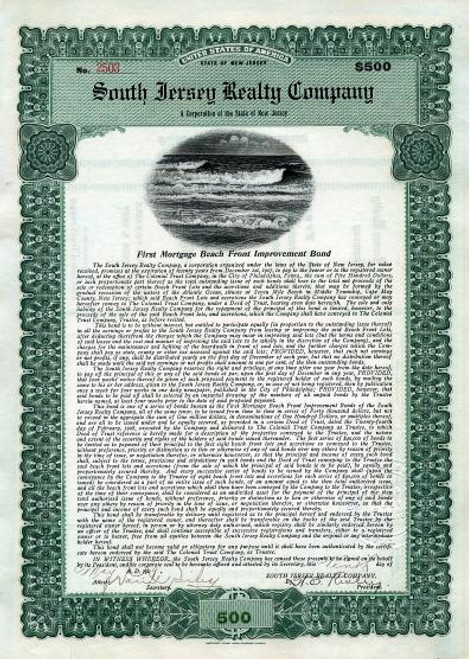 Beautiful certificate from the South Jersey Realty Company issued in 1909. This historic document was printed by Security Banknote Company and has an ornate border around it with a vignette of an ocean scene. This item has the signatures of the Company's President, Horace S. Risley and Secretary, David Risley and is over 98 years old. 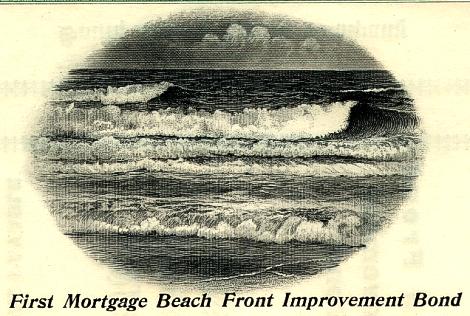 Certificate Vignette
In 1905, three Risley brothers bought the entire town of Stone Harbor at a Sheriff's Sale! Horace S. Risley founded the South Jersey Realty Company and the island began to grow into a popular destination for summer vacationers. Roads were carefully laid out, water lines installed and sidewalks were built. Finally, in 1911, a road was completed from the mainland to Stone Harbor. Governor Woodrow Wilson visited the opening ceremony. In 1914, the borough of Stone Harbor was incorporated.