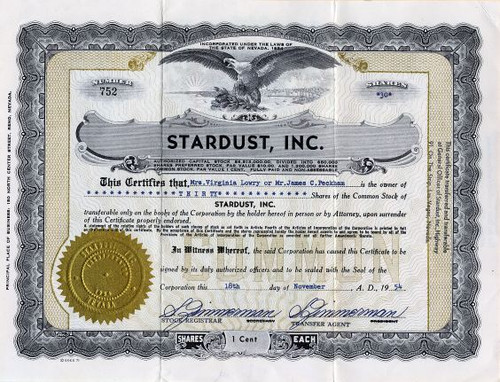 Beautifully engraved scarce certificate from Stardust, Inc. issued in 1954. This historic document has an ornate border around it with a vignette of an eagle. This item has the hand signatures of the Company's stock registrar and transfer agent. This is only the second time we have had this type of certificate for sale from this early famous Las Vegas hotel. 64 years old. 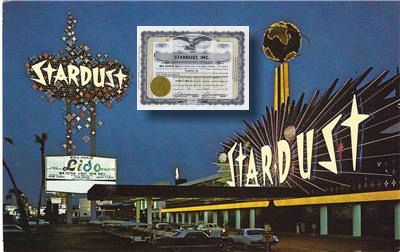