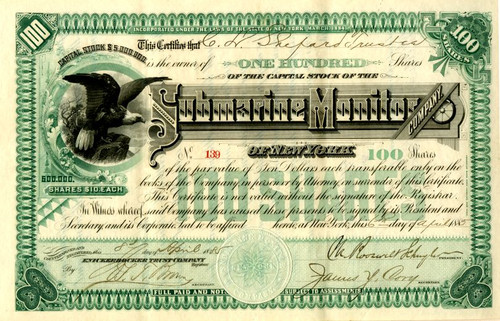 Beautifully engraved specimen certificate from the Submarine Monitor Company of New York issued in 1885. This historic document was printed by the American Banknote Company and has an ornate border around it with a vignette of an eagle and the company's name. This item has been hand signed by the Company's officers. 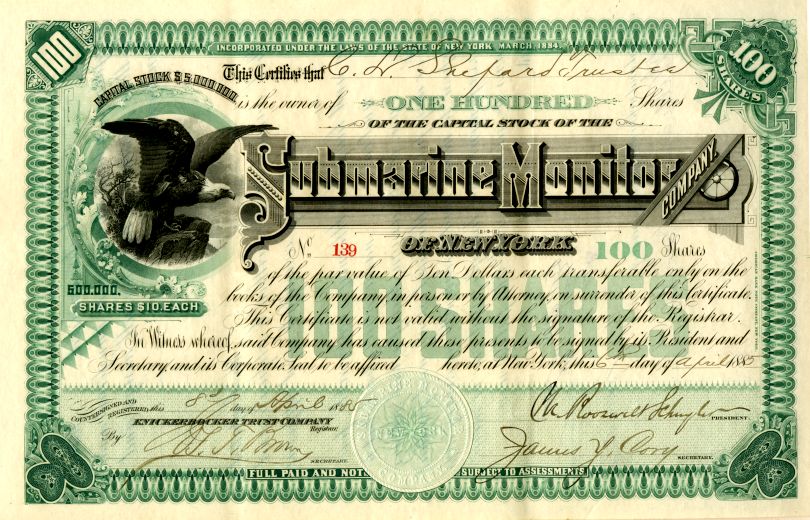 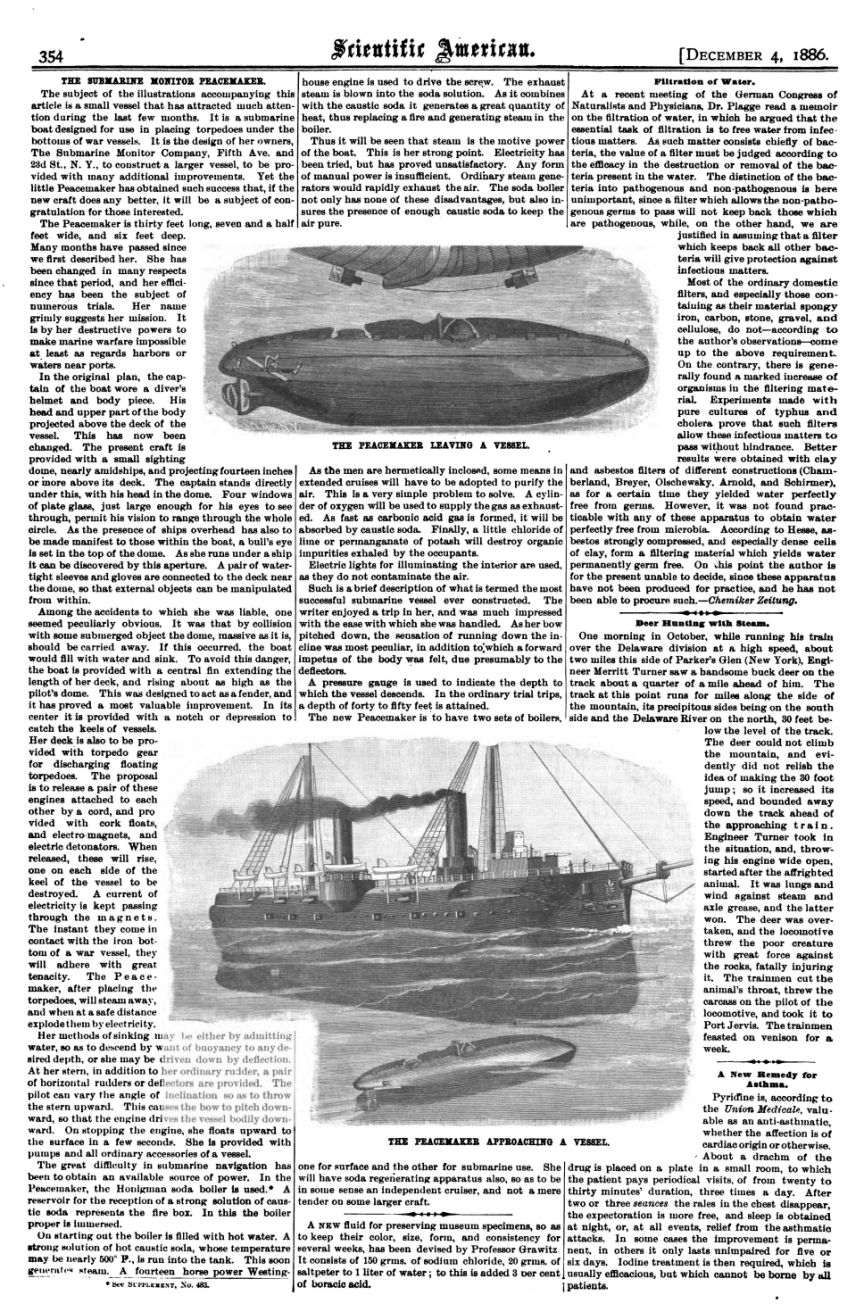