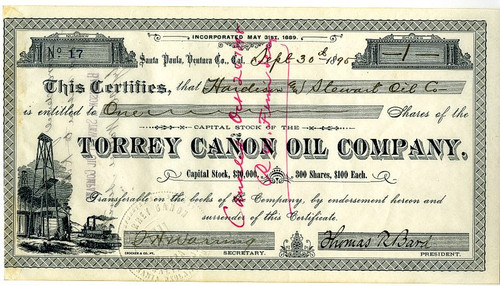 Beautiful certificate from the Torrey Canon Oil Company issued in 1895. This historic document was printed by the Crocker & Co. and has an ornate border around it with a vignette of an oil well and a steamboat travelling behind. This item has been hand signed by the Company's President, Thomas R. Bard, and Secretary, Alex Naldie, and is over 126 years old. Stamped cancelled. The certificate was issued to Hardison & Stewart Oil Co. and endorsed on the back by the company's Secretary, Alex Naldie. 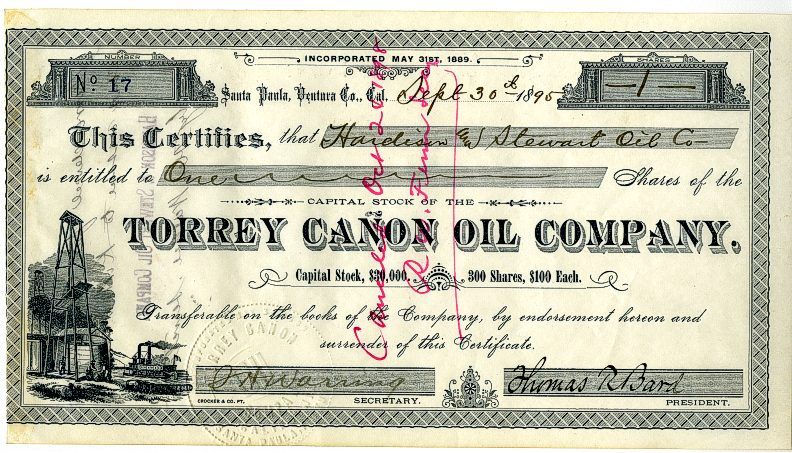