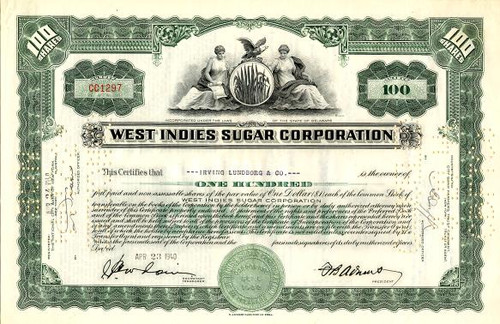 Beautifully engraved Stock Certificate issued by the West Indies Sugar Corporation issued in the 1940's. This item has the printed signatures of the company's officers. It has an ornate green border with an vignette of allegorical woman sitting on both sides of sugar cane and is over 56 years old.