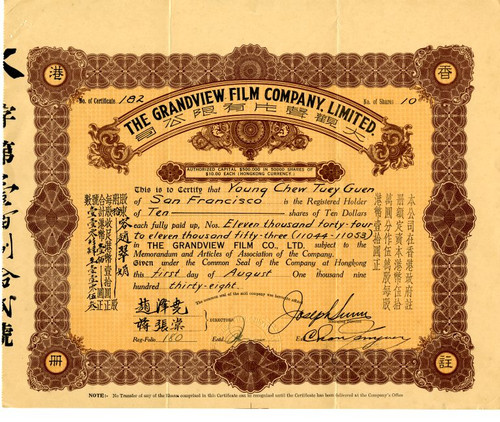 Beautifully engraved certificate from the Grandview Film Company, Limited - Chinese - San Francisco, California - 1938 This historic document has an ornate border around it with a vignette of the company's name in English and Chinese. This item has the signatures of the Company's officers including Chiu Shu-sun (Joseph Sunn) and is over 82 years old. 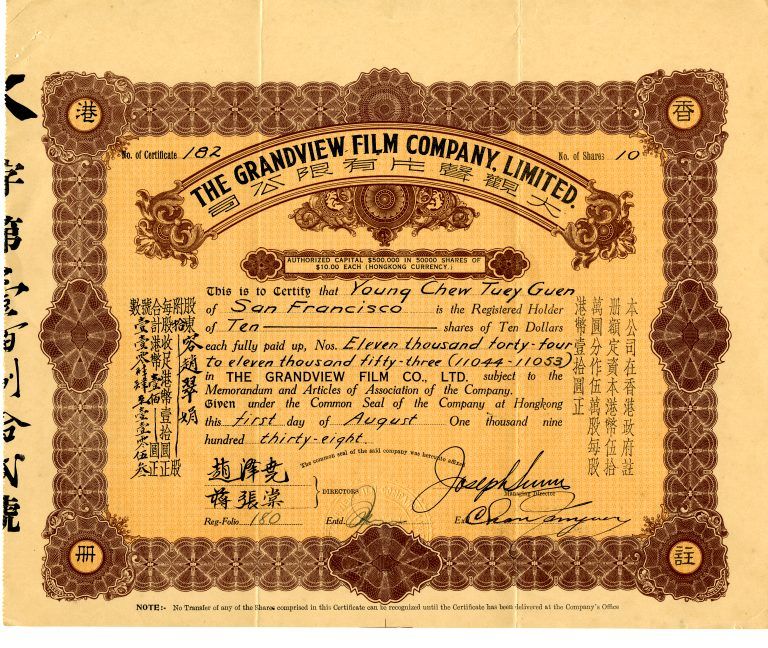