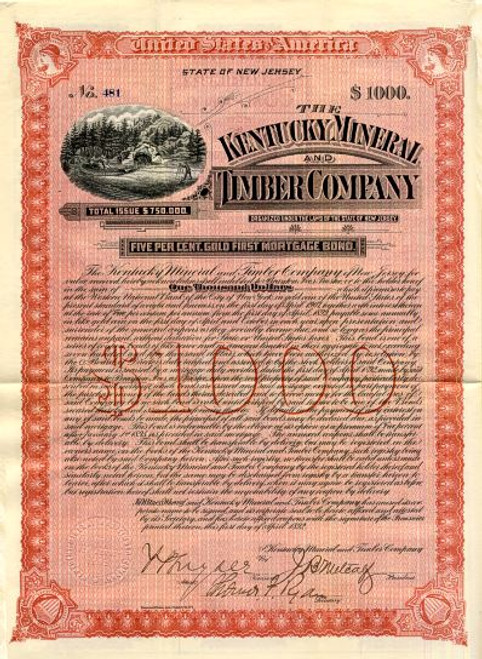 Beautiful certificate from the Kentucky Mineral and Timber Company issued in 1892. This historic document was printed by Dennison & Brown Litho Company and has an ornate border around it with a vignette of of surveyors working outside a mine entrance. Red borders and a red background on large white paper. This item has the signatures of the Company's President and Secretary, Thomas F. Ryan and is over 116 years old. Complete coupons to the right side and in excellent condition with bold signatures. Bond is also signed by Brayton Ives as a Trustee on the verso.