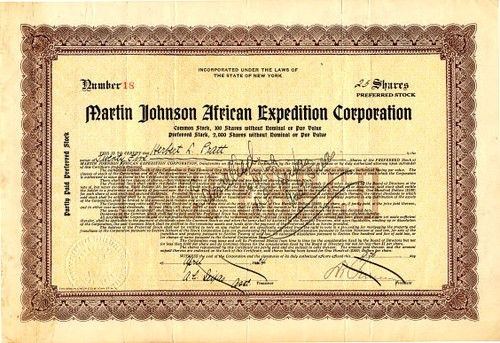 Unique and beautifully printed scare Certificate from the Martin Johnson African Expedition Corporation issued no later than 1926. This historic document has an ornate border around it with an imprint of the corporate seal and a back print of the word Preferred to represent the class of stock that was issued. This item is hand signed by the company's president, Daniel E. Pomeroy and is over 90 years old. 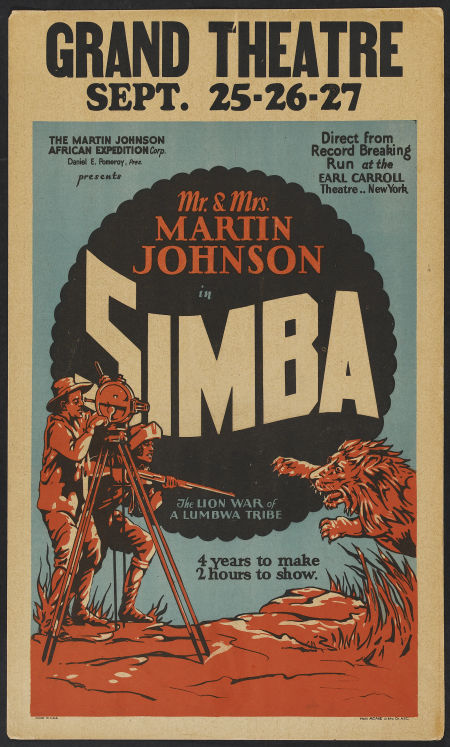 Old Martin Johnson Movie Poster, from the movie "Simba" shown for illustrative purposes
The Martin Johnson African Expedition Corporation was the production company for the movie, "Simba, the King of Beasts" which was released in 1928. Produced by Daniel Eleazer Pomeroy, famed financier, director Bankers Trust Co., Loew's, Inc., Daniel Pomeroy Daniel E. Pomeroy was best man for Henry P. Davison when he married Kate Trubee. (Some April Weddings. Apr. 14, 1893.) His father was Newton Merrick Pomeroy of Troy, Pennsylvania, who was also an uncle of H.P. Davison. (Obituary Notes. New York Times, Feb. 19, 1914; Mr. N.M. Pomeroy Succombs to Pneumonia. Troy Gazette-Register, Feb. 20, 1914.) He was a director of Loew's Inc. (Schenck Succeeds to Loew's Posts. New York Times, Sep. 27, 1927.) He was a close friend of Jay Cooke, grandson of the Civil War financier, and accompanied Cooke's body home from England. (Jay Cooke is Dead; Friend of Hoover. New York Times, Nov. 23, 1932.) He resigned as a vice president of the Bankers Trust in 1922. He married Frances Morse of Troy in 1895. After she died, he married Mrs. Trevania Blair-Smith, the widow of Hugh Blair-Smith, treasurer of the American Telephone and Telegraph Company. (Mrs. Blair-Smith Engaged to Wed. New York Times, Jan. 2, 1937; Pomeroy-Blair-Smith. New York Times, Feb. 5, 1937.) He was born in 1868 in Troy, Penn., and after graduating from the Greylock Institute, went to work in the Pomeroy family bank. He came to the Bankers Trust as treasurer in 1903 at the request of "a cousin," and continued as a director of the Bankers Trust until his death. He was also a director of the American Brake Shoe Company and the Bucyrus Erie Company. He was the Eastern campaign manager for Herbert Hoover in 1928, and was a member of the Republican National Committee until 1942. (Daniel Pomeroy, Banker, 96, Dies. New York Times, Mar. 26, 1965.) Photographers, explorers, naturalists, authors, and native Kansans, Martin and Osa Johnson traveled the world from 1917-1936. The Johnsons are best remembered for their numerous movies and books about the wildlife and people of Africa, Borneo, and the South Seas. They popularized camera safaris and introduced Americans to a larger world. In the 1930s, Kansas husband-and-wife team Osa and Martin Johnson, flying two Sikorsky amphibian aircraft painted in animal motifs, covered 60,000 miles and photographed the land and peoples of Africa. The Johnsons introduced Depression-era audiences to the beauty of East Africa with their popular travel books and safari documentary films like Baboona. They circled the world six times, bringing their experiences to the screen for all to see. Their most famous film CONGORILLA (for which project this certificate was presumably issued to fund), took two years to make and required the husband and wife team to live with pygmies for seven months. Their achievements are preserved by the Martin and Osa Johnson Safari Museum in Osa's hometown of Chanute, Kansas.

by Conrad G. Froehlich "If you want to know something essential about adventurers Osa and Martin Johnson, look at their photographs. Startled giraffes lumbering across a treeless plain. A lion standing motionless and serene in tall grasses. A mother cuddling her child. The pictures are rich and insightful, images that are at once foreign and familiar. Shot 60 and 70 years ago by a Kansas couple documenting remote and exotic scenes, the photos...evoke universal themes and human values." --Mary Lou Nolan, Travel Editor, Kansas City Star 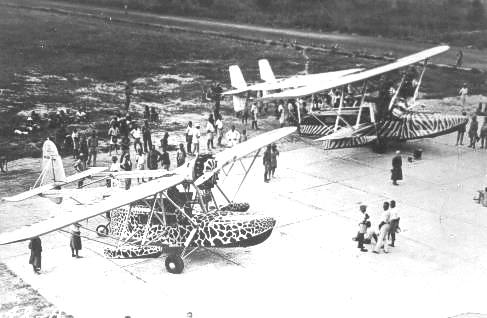 People remember Martin and Osa Johnson most for their movies of Africa, Borneo, and the South Seas. Although this work may represent an outmoded genre of travel-adventure films, the Johnsons' legacy--remaining in thousands of photographs, hundreds of cans of motion picture film footage, and numerous books and articles--remains an invaluable contribution to our knowledge of some of the world's most beautiful, and mysterious, places. 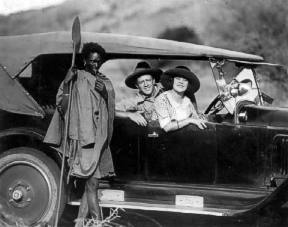 Martin Johnson described himself as a "Motion Picture Explorer." With his wife Osa, a pioneer photographer/filmmaker in her own right, they exposed about one million feet of film. These days, the Johnson's achievements are once again in the limelight, thanks in good part to the 1997 republication of Osa Johnson's 1940 bestseller I Married Adventure, the printing of a comprehensive Johnson biography entitled They Married Adventure: The Wandering Lives of Martin & Osa Johnson (1992), and the release of the film Simba (1928) on video and laserdisc. 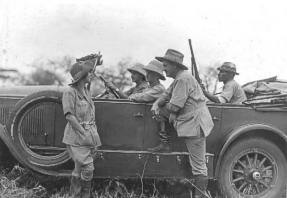 Much has changed since the Johnsons' heyday in the first half of the century, but the wildlife and cultures they captured on film are frozen in time. Despite their primitive equipment and initial inexperience, their films and photos continue to be of great value to filmmakers, historians, botanists, zoologists, and anthropologists. By current standards, the Johnsons' films are technically inferior to the nature shows we watch on television. Today, improved sound equipment and cameras with zoom and telephoto lenses make filming wildlife much easier and safer. With that in mind, it is easier to appreciate the mastery and difficulty of the Johnson's work. Martin Johnson's ability to photograph and develop his own film in the field made him a master at working in primitive conditions. 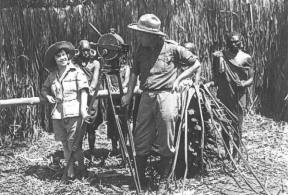