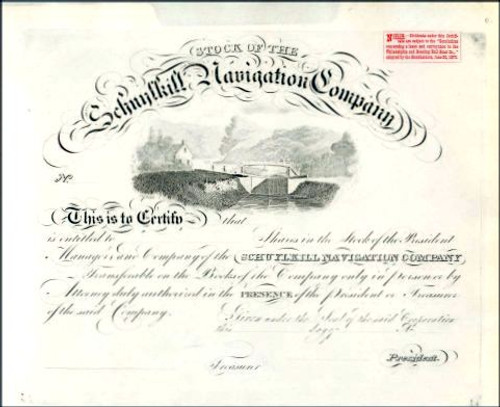 Beautifully engraved unissued certificate from the Schuylkill Navigation Company. This historic document has a vignette of bridge and a house and was printed in the 1830's. A red stamp was was added to the certificate which states" Notice - Dividends under this Certificate are subject to Resolutions....between Pennsylvania and Reading Railroad ....adopted by the stockholders in 1870.