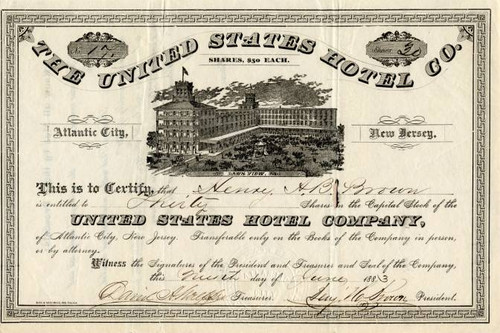 Beautiful certificate from the United States Hotel Company issued in 1883. This historic document was printed by the Burke & Mcfetridge Company and has an ornate border around it with a vignette of the Lawn View of the Hotel. This item has the original signatures of the Company's President, Henry A. B. Brown and Treasurer, and is over 129 years old. Small ink burn. 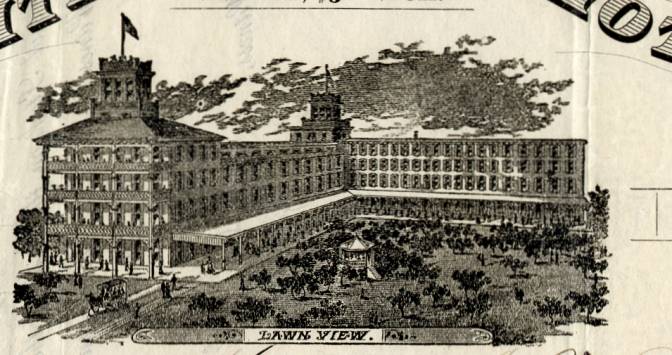