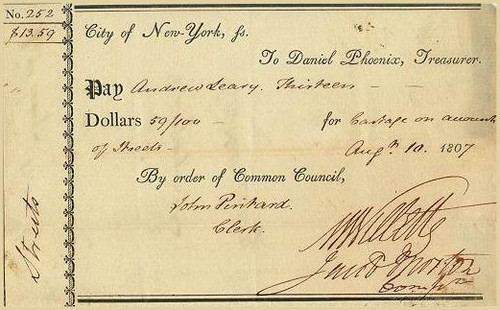 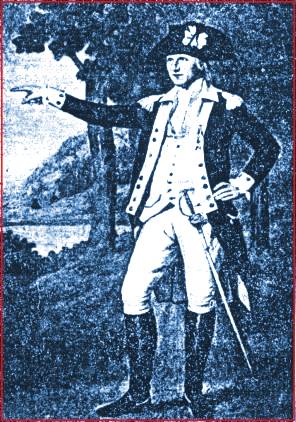 Colonel Marinus Willett Commander of New York State Troops (militia and levies) from 1781 to 1784
Marinus Willet, 17401830, American Revolutionary soldier, b. Jamaica, N.Y. In the French and Indian War he was (1758) a member of the expeditions against Fort Ticonderoga and Fort Frontenac. He was a leader of the Sons of Liberty in New York and, after the outbreak of the American Revolution, served under Richard Montgomery in the invasion of Canada. He won (1777) a victory over the British under Barry St. Leger while second in command at Fort Stanwix (Fort Schuyler), joined George Washington's army in New Jersey in 1778, and participated (1779) in the Clinton-Sullivan expedition against the Iroquois. From 1780 until the end of the war he commanded New York troops in the Mohawk valley, and there his scouts managed to kill (Oct., 1781) Walter Butler after a skirmish with Loyalists. After the war he negotiated (1790) a treaty with the Creek of Georgia. Later Willett, a partisan of Aaron Burr and a Republican, held several local offices in New York City, where he served (18078) as mayor.